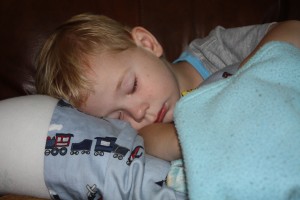 Beware of the bee spider. It’s venom causes sleeplessness and loss of reasoning in children. If you’ve never heard of a bee spider, don’t worry. I hadn’t either until my 3-year-old son woke up in the middle of the night claiming a bee spider was in his bed and had crawled onto his foot.
My youngest son hardly ever wakes up at night, so this was unsettling news. I could tell he was terrified because he kept repeating “There’s a spider on my foot.” He grabbed my hand tightly and led me to his bedroom. Once there, he crept down low on the floor and scanned it closely with his eyes as he stepped slowly and careful to his bed. I cut on the light, flipped the comforter off the bed and examined the sheets thoroughly but found no spider.
Then I asked him what this mystery spider looked like, and that’s when the story got interesting. According to my son, a bee spider has yellow and black stripes and looks like a spider except for the fact that it has wings and can fly. Hence the name bee spider!
I suddenly realized that my little guy had experienced his first bad dream. Part of me wanted to laugh at his silly description, but I didn’t. I know that fears are very real for kids this age even when it sounds absurd to adults. All attempts to explain that he’d only had a very bad dream were futile. He refused to sleep in his bed, and I finally broke down and put him on the couch for the rest of the night.
I thought he’d forget about the bad dream in the morning, but he’s continued to talk about the bee spider for more than a week. When we say bedtime prayers, he asks God to take the bee spider far away. “God don’t like bee spiders,” he says. Now that’s one nasty spider to tick off God! No wonder he was scared out of his wits. I hope no bee spider returns (crawling or flying) in his dreams anytime soon.